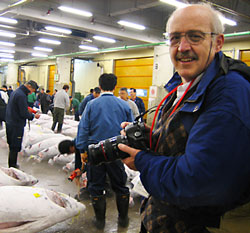 Most of his work has been devoted to New Hampshire, the Isles of Shoals, Maine, and nearby areas. He has also photographed in the American Southwest, Ghana, Japan, Togo, Senegal, Zimbabwe, Zambia, Guatemala, and Spain. His editorial photographs have been used by the United Nations, and regional and national magazines and books.

Peter uses Red River paper for his prints and is a Red River Pro.